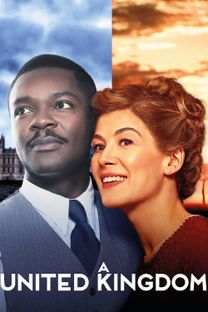 He was an Oxford-educated African king, while she was a white Englishwoman working as a clerk at Lloyd’s of London. Now their 1948 marriage, which caused a scandal in Apartheid-stricken South Africa and the British protectorate of Bechuanaland (later Botswana), is the subject of a new period drama starring Britain’s David Oyelowo and Rosamund Pike.